The founders of Rome were Romulus and Remus. Romulus killed Remus. The statue is from 5 century B.C. 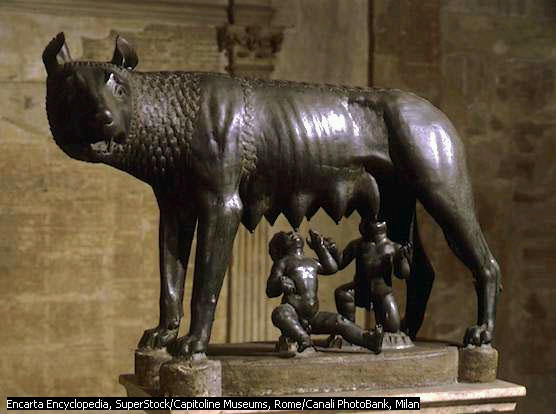 Lucius Junus Brutus was one of the founders of the Roman republic in 509 B.C. He participated in a plot to overthrow Tarquin the Proud, an Etruscan king.

Scipio Africanus the Elder has defeated Hannibal at the battle of Zama in 202 b.c., thus ending the Second Punic War.

The Appian way, commissioned in 300 B.C., was a military road from Rome to Greece. Greece became a Roman colony 150 years later. 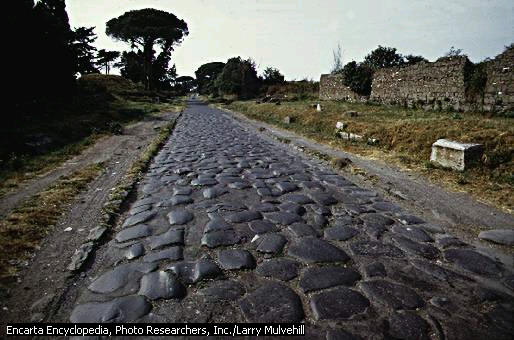 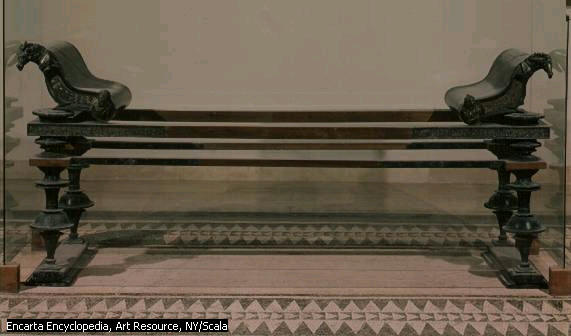 Gladiators. The practice lasted from 264 B.C. to 500 A.D. The most famous gladiator was Spartacus, who has led an uprising against Rome from 73 to 71 B.C. There is a movie by Stanley Kubrick "Spartacus" . 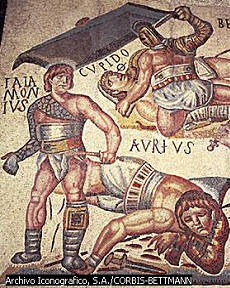 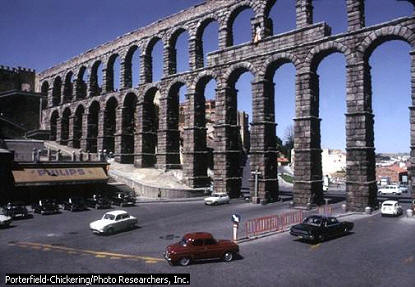 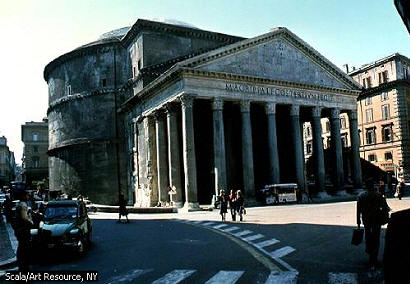 Gaius Marius, a leader of the Populares, a party opposed to Optimates (headed by Sulla). A civil war between the two parties has led to Sulla’s party gaining control of Rome in 83 B.C.

Despite his aristocratic background, Caesar established himself as a leader of the lower classes. "Caesarism" todays means an equilibrium between interests of "plebs" and "patricians" and has found sequel in the phenomena of "Stalinism", "Maoism", etc.

After the civil war, sparked by the assassination of Caesar, Rome reverted to the institute of kings, under the new name of "an emperor". The first emperor was Augustus.

The Roman Empire reached the peak of territorial expansion around 300 A.D., after which it started to decline due to internal problems caused by slave labor, as the basic mode of production (similarly as the former USSR has fallen apart due to the rule by bureaucracy). The Empire has split into 2 parts, the Western and Eastern Roman Empire, with the capital of the later in Constantinople (as it was founded by the emperor Konstantin). This became known as "the Byzantine Empire". Rome was taken several times by the barbarians in V century A.D. Constantinople has fallen to the Turks around 1450 A.D.

Retrieved from "https://system-of-knowledge.fandom.com/wiki/A_brief_glance_at_Roman_history_through_pictures?oldid=9041"
Community content is available under CC-BY-SA unless otherwise noted.