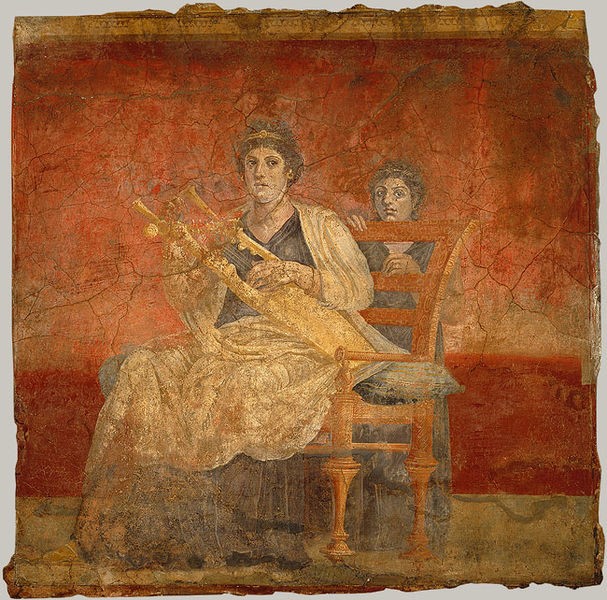 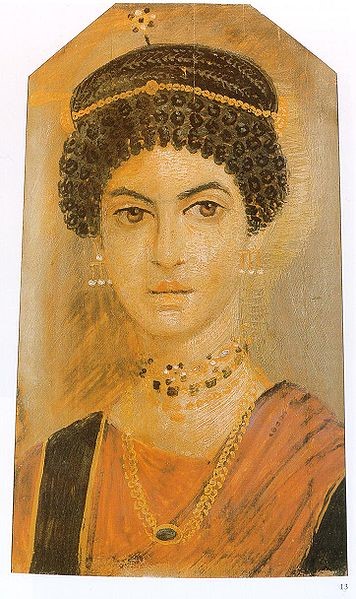 Fayum mummy portrait. Depiction of a woman with a ringlet hairstyle, an orange chiton with black bands and rod-shaped earrings. Royal Museum of Scotland. 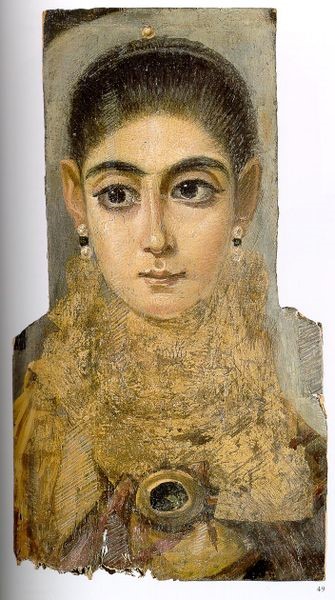 A Fayum portrait of a Roman woman from 2nd century A.D. 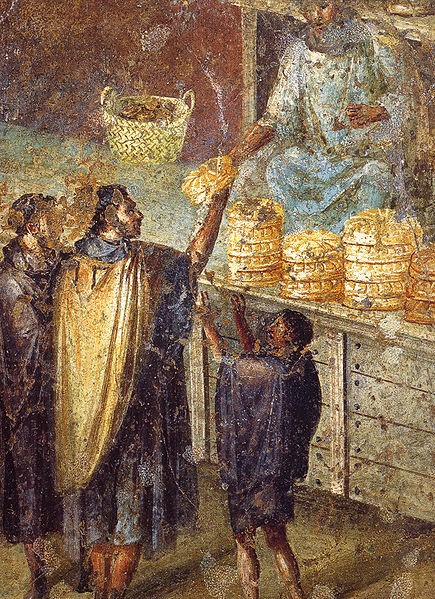 Sale of bread at a market stall. Roman fresco from the Praedia of Julia Felix in Pompeii. 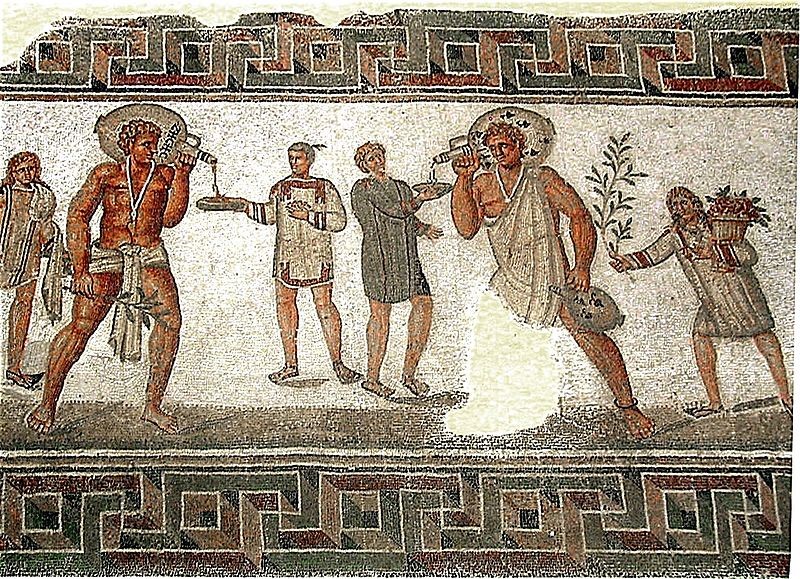 The two slaves carrying wine jars wear typical slave clothing and an amulet against the evil eye on a necklace; the slave boy to the left carries water and towels, and the one on the right a bough and a basket of flowers[9] (Roman mosaic from Dougga, Tunisia) 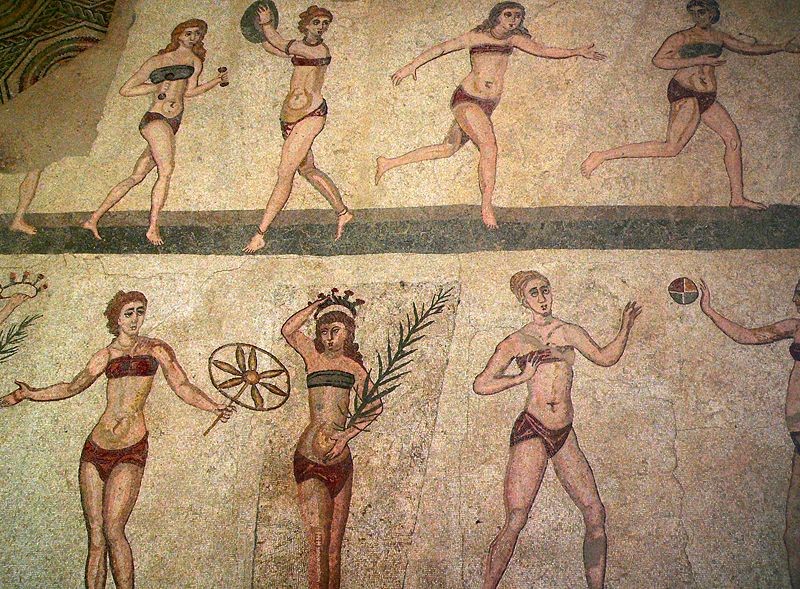 Famous "bikini girls" mosaic (found by archeological excavation of the ancient Roman villa near Piazza Armerina in Sicily), showing women exercising, running, or receiving the palm of victory and crown (for winning an athletic competition).

Retrieved from "https://system-of-knowledge.fandom.com/wiki/Roman_paintings_and_mosaics_from_the_first_Map_of_Knowledge?oldid=14864"
Community content is available under CC-BY-SA unless otherwise noted.